Don’t Be a Jerk

'‘Coarsened” is a word you’ve probably heard more and more frequently in the past few years. It’s most often applied to the state of public discourse in our country, particularly in the political sphere.

Lately, some of our political candidates have been calling one another names, using schoolyard taunts and shouting over one another during televised debates. There have even been articles written that used insights from child psychologists to aid parents hoping to teach their children that this is not how adults should behave. On top of that, your social media feeds (Facebook, Twitter and the like) may be filled with increasing levels of invective. Even in our own church many Catholics seem ready to call another person a “bad Catholic” at the drop of a biretta.

You can be excused for feeling that having a conversation on a controversial topic might prove dangerous for your emotional, psychological, spiritual and maybe even physical health. You might get slugged.

All this reminds me of some great advice I once heard from the Jesuit historian John W. O’Malley, author of several books, including The First Jesuits and What Happened at Vatican II? But it isn’t an aperçu from St. Ignatius Loyola or one of the early Jesuits. Rather, this wisdom came from an older Jesuit whom John had once known. They were three rules for getting along in Jesuit community: (1) You’re not God; (2) This isn’t heaven; (3) Don’t be a jerk. That last one was originally in saltier language—using a synonym for a kind of donkey—but it still works.

The second dictum, “This isn’t heaven” can help to reduce the complaining you do. For example, if you live in a Jesuit community where the roof leaks (as ours once did, in my room, for several months) or where the elevator apparently runs up and down on a stream of molasses (as ours has always done), you are reminded to complain less because, well, this isn’t heaven.

But it’s that last apothegm that I wish more people remembered when they enter into public discussions: “Don’t be a jerk.” Now, I’m the first to admit that I break that rule from time to time (probably more than I know, since I may not notice it). But today a surprising number of people think nothing of attacking people anonymously on Twitter, calling fellow politicians terrible names and maligning their integrity during debates, posting mean comments on Facebook and shouting over one another on talk shows—basically, being a jerk. And jerkiness is contagious, I think. Seeing public figures shouting on television probably encourages people to do it in their private lives. At the very least, it does not encourage charitable behavior.

How does one avoid that contagion? Here’s where some other traditional bits of wisdom can help. First, always give people the benefit of the doubt. Believe it or not, St. Ignatius placed that simple maxim at the beginning of his Spiritual Exercises, where he called it a “Presupposition.” “Every good Christian,” he wrote, “ought to be more eager to put a good interpretation on a neighbor’s statement than to condemn it.” Amen.


Second, avoid ad hominem arguments—that is, attacks on the person. The difference here is between “I think your argument is incorrect because…” and “You’re a bad Catholic.” Avoiding that will ratchet down emotion significantly and help all interactions go more smoothly.
Finally, an overtly spiritual approach: Ask God to help you see others the way God sees them. The old adage that everyone is fighting a battle (or carrying a cross) is helpful. In the Spiritual Exercises, St. Ignatius invites us to imagine the Trinity looking down on all of humanity with love. The next time you’re angry with someone, think of the Trinity gazing down on the person you’re about to flame.
None of this should prevent people from discussing things, whether one-on-one, online, in public, on television, even on debate nights. You can always disagree. You can even disagree vehemently.
Just don’t be a jerk.
James Martin, S.J., is editor at large of America and author of Seven Last Words: An Invitation to a Deeper Friendship with Jesus. Twitter: @JamesMartinSJ.
(http://americamagazine.org/)
By cadoanthanhlinh at 16:00 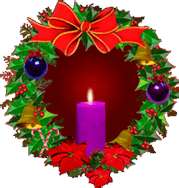