The Good Shepherd Lays Down His Life for His Sheep

The Gospel Reading of this Sunday, the Good shepherd Sunday, provides us with a striking contrast between an authentic shepherd and a fake one.

These are four characteristics of a good shepherd:
One, the sheep are his own. Christ our Lord came to teach the Good News of God’s merciful love and gather all who believe in Him into a community as sheep whose leader is Christ Himself. The Church which He founded is the great work of His love for all peoples, created by God in the divine image, regardless of their different races, languages, and social status.  This is why His Church is called “catholic”: the sheep gathering from the four corners of the earth and from all ages of history.

Two, he knows his sheep and his know him. There is a need for understanding terms used in the Holy Bible.  By “to know”, the Sacred Book means not only merely intellectual act, but also emotional relationship and real sharing of life.  This is how Christ knows us, His sheep, when He knows each and one of us by calling us by name; when His heart was moved seeing us hungry and lost; when He gave us His Body and Blood for our food.


Three, he has concern not only for the sheep being in his watch and care but also for the lost sheep. After committing sins, humanity has become separated from God’s love, divided among themselves, even enemy of one another.  The worst evil is that they deny the true God and worship false idols.  Christ wants to save all these lost sheep, too.

Fourth, he is ready to lay down his own life for his sheep.  Christ did not say this alone, but He did this to save our lives from the hand of Satan by His Suffering and Death on the Cross.

Now, these are four evidences by which a fake shepherd is unmasked:
First, basically he is not a shepherd.  He is simply paid to do the job of a caretaker.  It is worse that sometimes he takes over the sheep from others when no one wants to pay him for doing this job because they know that he is just a robber.

Second, he works for pay. Money is for him everything. It is worse when the dishonest caretaker does not feed the sheep but he only abuses them, exploits them, takes milk, wool, and even slaughters them for meat.

Third, sheep are not his. This is already obvious. He is just a hired worker, and often a thief, a robber.  Of course, he has no concern for the sheep but for his own interest and profit.

Fourth, from any danger he is the first to run away for his own survival, leaving the sheep slaughtered.  Very often he makes the sheep his shield or scapegoat, ready to betray them at all costs for his safety.

We pray to Christ, our Lord, the Good Shepherd, for the blessing of honest and caring leaders for both the Church and the country. We also pray for those in power to be well aware of their responsibility before God the Master of history and the Judge of absolute Truth and Justice. 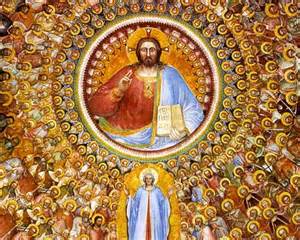