Homily for the Nativity of the Lord (Christmas): At The Mass During the Day (December 25, 2020) 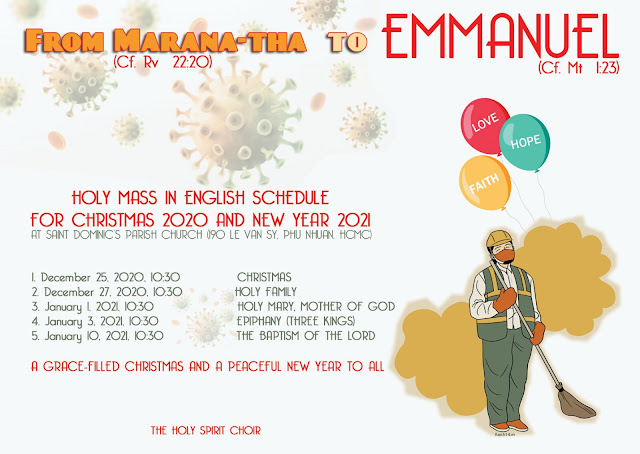 It took the People of Israel, as well as the whole human race, a very, very long period of four thousand years to wait for the promises of the salvation of sinners by the Almighty and all-merciful God to come true.

Chapter Three of the Book of Genesis reported the story of how Adam and Eve falling victims of the Devil’s lies, ate of the fruit of the tree of knowledge of good and bad.  In so doing, man denied, on the one hand, God’s authority over all creation; on the other, man claimed the falsehood that without God he can achieve his final goal.  As a result, man lost God’s friendship.

Being separated from parents means for orphan children countless and endless sufferings from which they by themselves cannot escape.

Similarly, scattered far away from God, the very Source of all that is true, good and beautiful, sinful sons and daughters of God did suffer immensely and incurably in the hands of the Devil.

No more love and respect between husband and wife.  On the contrary, they point the accusing finger at each other.

No more compassion and support between brothers and sisters.  They instead kill one another for selfish personal interest.  Mother Nature got angry against merciless exploitation by her wicked children.

Miseries upon miseries had turned God’s People into slaves to the superpowers 0f this world which are instruments of the Evil One.

That is the teaching of the Roman Catholic Church on the evil nature of sin and the evil consequences of sin for which sinners are responsible for abusing the gift of freedom that the Almighty God has granted them.

Sin should by no means, therefore, be mistaken for a crime or a mere violation of the law of which the guilty can be acquitted after paying a fine or the expiration of imprisonment term.

Sin costs the sinners their intimacy with God, and, as a result, separation beyond repair from the heavenly Father.

Yet amidst the dark chapter of history of humanity, sparked a light of hope that stemmed from what the merciful God condemning the serpent said:

“I will put enmity between you and the woman, and between your offspring and hers; he will strike at your head, while you strike at his heel” (Gn 3:15).

That has been the very foundation for the hope for salvation by Jesus, the Son of God, conceived by the Holy Spirit as the Son of the Blessed Virgin Mother and born into the world as the Messiah, the Savior of the human race.

Not only did Jesus come to save all sinners with so costly a price—that of His own life—but He who was named “Emmanuel—God with us”— promised to be with them always to the end of the age (cf. Mt 1:23).

It took us more than two thousand more years since the first Noel to fight the evil consequences of sin and restore our intimacy with God.  However, the battle for holiness has turned from bad to worse.  Rampant are countless forms of sufferings and miseries.  The forces of evil seem stronger and more destructive than ever.  The Corona virus pandemic is just one of those evil consequences of sin.

We have tried our best but failed, to say the least, to overcome sin, and are far from uprooting it.

This is why we look up to our merciful Father in heaven and cry out again “Marana-tha”—Come!  Lord Jesus, come quickly!”

We trust in you, and you alone.

For you are forever the unique Messiah, the lone Savior of the world, whose Holy Name the sinful humankind has to call upon to be freed from the slavery to Satan and Death (cf. Acts 4:12).

We should not, however, lose our hope for God’s saving power in the ever present companionship of The Emmanuel whose faithfulness remains, for generations, beyond doubt.

DEAR FATHERS, BROTHERS, SISTERS, BENEFACTORS, FRIENDS, CHOIR MEMBERS AND FAMILIES, A BLESSED, PEACEFUL AND HAPPY EASTER 2022 TO YOU ALL! HAL... 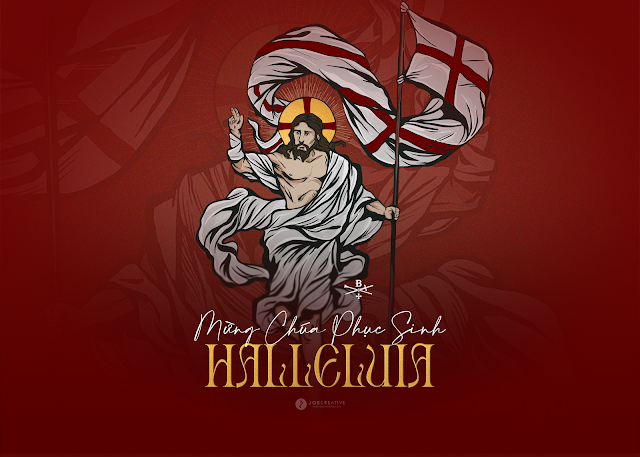