These are wonderful pictures.....history in color...

Brigadier General and actor Jimmy
Stewart.
Stewart flew 20 combat missions over
Nazi-occupied Europe, and even flew one
Mission during Vietnam.

Elizabeth Taylor in 1956 (another WOW)

British Soldiers Returning from the front in
1939

Albert Einstein on a Long Island beach in
1939

Unemployed Lumber Worker and His Wife 1939

Joan Crawford on the set of Letty Lynton,
1932

View from the Capitol in Nashville, 1864

He would pass away just two years later from
ALS.

Lee Harvey Oswald, 1963, being transported to
questioning before his murder
Trial for
the assassination of President John F. Kennedy.

Red Hawk of the Oglala Tribe on horseback
1905

An Oklahoman farmer during the great dust bowl
in 1939

Louis Armstrong plays to his wife, Lucille, in
Cairo, Egypt 1961

Two Boxers after a fight

Seeing these photos in color for the first time makes it easy to imagine we could all
have been part of a world that we've never even seen.

loinhapthe.com Click here, listen to the audio Reading I (Jb 38:1, 8-11) A reading from the Book of Job The Lord addressed Job out of the ... 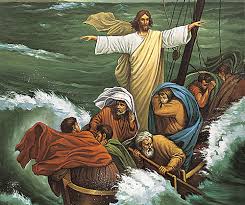