Sai Gon, 6-19-14 (English Gateway)—It seems that the Vietnamese Province in deep solidarity with its country and people in these turbulent days has suffered heartbreaking losses.
Early in the morning on June 2, 2014, Friar James Vu Van Hanh was killed in a car accident in Thailand.  His and the bodies of 11 companion passengers were burned beyond recognition.  It took weeks to have DNA test before bringing him home in Viet Nam for burial this Saturday, June 21, 2014.  James is 42.
Late in the afternoon on June 14, 2014, Friar Dominic Hoang Binh Thuan passed away in Saint Martin de Porres Priory, Dong Nai Province, Viet Nam.  Friar Dominic was born in 1914 and will turn 100 this August 13. 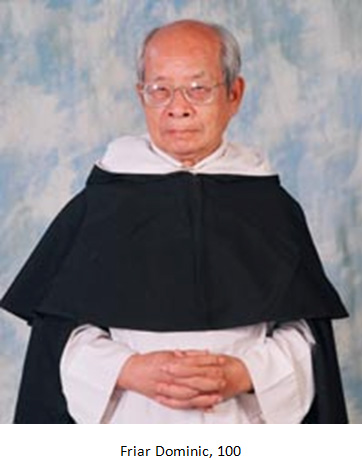 The elder friar will be remembered as the eye witness to the ups and downs of both the Province and the Country throughout so long a journey.  Not only has the authenticity of his stories about the pioneers in the building of the Province kept providing us with a living connection to our Dominican heritage, his youthful and hardworking life to the last days among his younger brothers surely inspires us with how to put into real and simple practice the Dominican tradition of “vitam communem unanimiter agentes, in professione consiliorum evangelicorum fideles, in communi celebratione liturgiae praesertim vero Eucharistiae et officii divini atque orationis ferventes,  in studio assidui, in regulari observantia perseverantes” (living up in one accord to community life, loyal to the profession of evangelical vows, burning with eagerness for the liturgy, in the first place for the Eucharist, the Divine Office, and prayer, industrious in study, persevering in observing religious discipline.)[2] 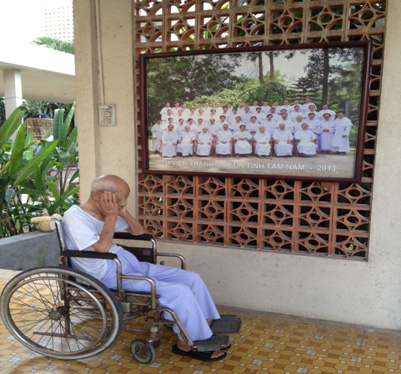 Friar Dominic on his wheelchair
Besides his being all the times with us, even on his wheelchair, in the chapel, in the dining room, and in other celebrations, his collection of some hundreds of valuable, rare and beautiful plants for which he himself has worked hard with his own hands and mind and heart shows a proof, convincing enough, of his love for his calling as a preacher of the Happy News of Christ.[3] 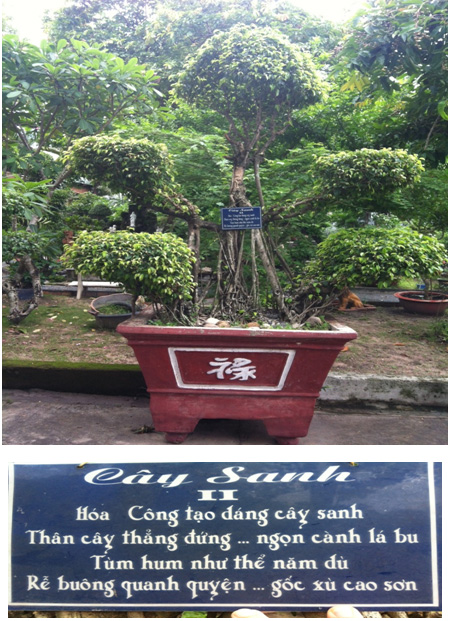 A “Cay Sanh” tree stands proudly in Fr. Dominic’s green garden with a poem in praise of God the Creator
Visitors can find explanations and comments—totally God-oriented—on the characteristics and utilities of the plants, which he made in the form of scholarly poetry and attached to each and one of them.  Is this not a new approach to proclaim the glory of God in His creatures?
The younger friar, James, was sent to Thailand some three years ago initially for the improving of his English before taking his theology formation at the University of Santo Tomas in the Philippines.  However, after spending a couple of months paying closer consideration to how the Vietnamese overseas workers the majority of whom left their home without any proper legal paper and job training yet with huge sums of debt from “five-six people”[4]—up to some ten thousand US dollars—to pay for a working permit suffer the hardship in earning their living in the hands of both abusing employers and corrupt local police, he changed his mind and decided to go pastoral—playing the good shepherd—instead of academic—becoming a scholar.
On that fatal morning, he was on a pilgrimage trip with hundreds of young Vietnamese workers when his bus and a truck collided head-on. 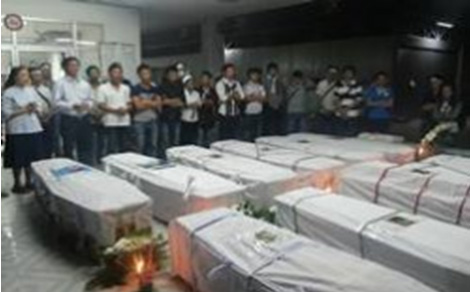 A prayer vigil for the victims in Bangkok
“He would not have died, if…”, some would say.  But the French wisdom reminds people of the ambiguity of the word “if”: “Avec un ‘si’ on peut mettre Paris dans une bouteille” (one can put Paris in a bottle with just an “if”.) 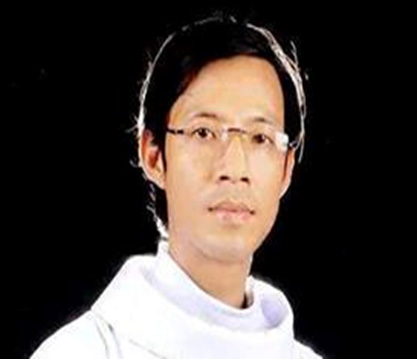 Friar James, 42
Do not speak of supposition but of the reality that James chose to side with the migrant workers, live with them, and finally die with them.
And James died for his fellow countrymen having, while treading unknown paths in a foreign soil, a compassionate pastor whose heart, similar to that of Christ, “was moved with pity for them, for they were like sheep without a shepherd.”[5] 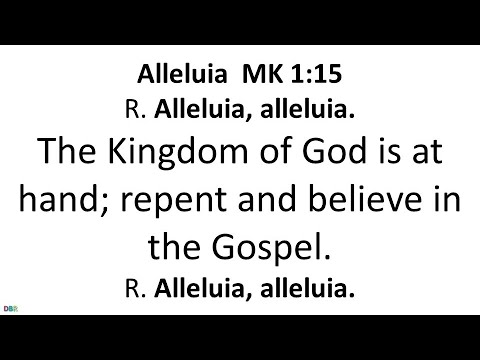