Three children and their grandmother died in a Texas fire after trying to stay warm during power outages. Their mom survived

By Hollie Silverman, CNN
Updated 0258 GMT (1058 HKT) February 22, 2021
(CNN)When the power went out at Loan Le's house in the Houston suburb of Sugar Land, Texas, on Monday, she headed over to her daughter's home about five miles away.
Jackie Pham Nguyen and her three kids, Olivia, 11, Edison, 8, and Colette, 5, affectionately nicknamed Coco by her family, still had power and were happy to have more time with their Ba Ngoai, which means maternal grandmother in Vietnamese.
Power and water outages plagued the state of Texas last week amid an unusual deep freeze that sent many families like the Nguyen's into survival mode.
"We thought we were really lucky because we still had power until the early evening," Nguyen said.
When their power went out a few hours later, the family hunkered down, lit the fireplace and played board games and card games, she said.
The kids tried to teach their grandmother some card games and the family had tired themselves out by around 9:30 p.m.
"Tucked my kids into bed and really the next thing I know I'm in the hospital," Nguyen told CNN. "A few hours later the fireman and police officer came and said that no one else made it."

The cause of the fire may never be known

Nguyen doesn't fully remember what happened, she said, but recalls being on her first floor where her bedroom is and being unable to get upstairs to the children's bedrooms. She yelled for her kids.
"I was just standing there screaming and screaming and screaming their names hoping they would come out of their rooms and basically jump over so that we could get out," she said. "I just remember feeling like it was so dark and I can still kind of hear everything crackling around me."
While Nguyen said she doesn't remember much else of the night, Doug Adolph, a spokesperson for the city of Sugar Land, told CNN the mother of three "had to be physically restrained from running back into the house."
He said it took an hour or more to get the fire fully under control. The fire department arrived around 2 a.m. Tuesday.
"The family had posted on social media that they were attempting to stay warm by using a fireplace inside the home," Adolph said, adding that the cause of the fire has not yet been determined and may never be.
"We can't say for sure that was the cause of the fire. We just don't know yet," he explained. "It's possible that the investigation may never identify an exact cause."
Adolph said the neighborhood had been without power for at least eight hours.
While Nguyen suffered burns on her hands, she says the loss of her children and her mother is immeasurable.
"My heart is broken," she said, pausing to catch her thoughts. "I'm never gonna be the same."
"I'm in this crisis tactical mode now and I'm just really focused on all this final arrangements because this is the last sort of thing I'm going to do for my kids," Nguyen said.

When Nguyen talks about her kids, her stories about their big personalities in little bodies come to life.
"My kids were such phenomenal, amazing, little badass humans," she said of her three children.
Olivia and Coco would have celebrated back-to-back birthdays next month, on March 27 and 28. All three kids attended St. Laurence Catholic.
"Colette is just a little firecracker and she has so much charisma," Nguyen said. "She also, as a 5-year-old, had that level of confidence. She was never afraid, totally unapologetic, not intimidated."
Coco loved to dance and make TikTok videos. She loved Taylor Swift and Shawn Mendes, and wanted to be head cheerleader and class president. She was more like a teenager than a soon-to-be 6-year-old, her mother said.
She was also very affectionate. "I knew she was my last kid but ... she was just so affectionate and I just, you know, I took that in, like, every single minute I could get it because I knew ... those moments are so fleeting," Nguyen said.
Olivia had a sarcastic sense of humor that got drier as she entered middle school.
"She was a kid, but not. She was so mature and so ahead of her peers," Nguyen said of her oldest.
She loved to ski, going on trips with her mom every year since the age of 7. Olivia and her mom baked cinnamon rolls for Santa every year, with the idea that he had enough cookies at the other homes and would remember their household because of their goodies.
The middle child, Edison, 8, was a "sweet boy" and an artist. He was extremely interested in modern art and architecture.
"He just had a very deep appreciation for any visual aesthetics," Nguyen said. "So kind and so caring and so thoughtful. ... You wouldn't think an 8-year-old had that level of depth."
Edison was mildly autistic and was very active, Nguyen told CNN, adding that he started running with his mom this past year.
"You just spent a minute with him you just knew how warm he was and that everything came from a kind place."

The grandmother who gave everything

Their grandmother, Le, had always taken care of them, dropping them off and picking them up from school and activities, to help Nguyen achieve her professional goals working in finance.
A refugee from Vietnam, Le arrived in Kansas with nothing, and Nguyen credits her mother for sacrificing to give her a better life.
"My parents did everything for their kids, like, as immigrants, and coming to this country and then, that love that they gave me, it was tenfold when it came to the grandkids," Nguyen said.
She added, "I think grandmas are unsung heroes and untold stories."
Nguyen's mother had never spent the night at her house, even riding out Hurricane Harvey in her own home. But, she said, "for some reason that day she decided to come over."
"I just feel like she was always schlepping the kids around, too, so maybe this was her last sort of thing, and you know, 'ubering' the kids up to heaven," Nguyen said.

Knowing those questions may never be answered, Nguyen said she will move forward in a way that honors her kids and their memory fittingly.
"Obviously I mourn losing them," Nguyen told CNN. "But I feel like it's honestly a tragic loss for the world that these kids don't get to like live up to their potential and contribute to society in the way that they could have."
A GoFundMe has already seen more than $275,000 in donations. She said she wants to make sure the money is used to build an organization or foundation.
"I want to do something lasting for them," Nguyen said. "I really want to be thoughtful about it because I want it to be lasting and meaningful. ... I owe it to everybody's support and their intentions to not be hasty about how those resources are used."
https://edition.cnn.com/2021/02/21/us/sugar-land-texas-fire-deaths/index.html
By cadoanthanhlinh at 14:18 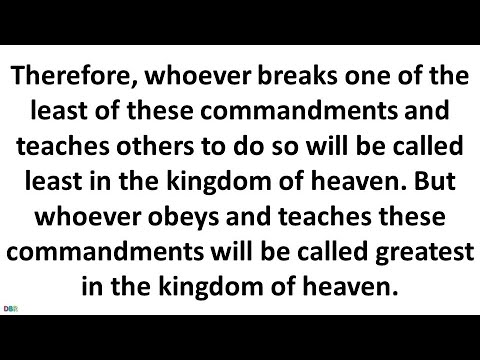