Two pairs of dusty, pastel-orange roller skates. A ram's skull. Several meters of tangled, bright red rope. They aren't the sort of items you'd find in the great fashion houses of Europe or on North American catwalks.
But, for unconventional Chinese designer and performance artist Wan Yunfeng, they are perfect.
From his small apartment in eastern Beijing, Wan makes fashion that only he wears.
His distinctive gowns are crafted from discarded items, draped and twisted around his body and photographed to send a message about the destructive power of human consumption.
"I make clothes to bring awareness to the environment, it is performance art. So of course you can't wear these clothes in daily life, it is to deliver a message of environmental protection," he said.
In his latest photo series, the "Protection of the Ocean," Wan's outfits make him appear entangled in nets and plastic waste, his tortured facial expressions designed to mirror the pain of trapped, ocean animals.

An image from Wan's new project, "Protection of the Ocean," in which he mirrors the plight of trapped marine animals. Credit: Cheng Chong

"I want to reconstruct the scenes of those animals struggling before their deaths, caused by ocean pollution," he said.
Inspiration on stage
Wan grew up in a small, scenic town in the eastern area of Fushun, a city of more than 2 million people in northeastern Liaoning Province.
He inherited his artistic streak from his father, Wan Lun, who was a performer in the local errenzhuan theater, a type of Chinese opera from the country's northeast that is performed by two people.

Errenzhuan is more relaxed and relatable than the high culture of Peking opera, and features a cabaret-style mix of comedy, singing and dancing.
Wan used to watch his father on stage, but it was his female partners' bright, distinctive costumes that caught his eye.
"I loved the costumes more than the opera," he said. "Male costumes aren't powerful -- their color and style is very simple. But female clothing can be dramatic," he said.
After leaving home, Wan drifted through different careers -- for a while he was an actor, then a make-up artist working with some of China's top celebrities.
But his thoughts kept coming back to the dresses he saw on stage as a child. During a visit back to his parents' house, he found a pile of discarded clothes and linen.
"A sudden whim came into my head, and then I designed them into something I wanted ... to make them alive," he said.

In his apartment in Beijing, Wan collects piles of used items on beds, in bags and stacked in small plastic drawers.
"I ask for materials from everyone. Some come from my daily life... some come from my friends," Wan said. "I also travel globally. I go to some antique markets and flea markets to buy things. You need to make it beautiful."
The self-taught designer draws on both traditional Chinese as well as Western influences, from the classic Chinese qipao dress to the late designer Karl Lagerfeld. "His design is creative and also for daily use. I worship him," Wan said.

Wan has posed in his creations in some of the world's major fashion cities: Paris, New York, Milan.
In Paris, near the Eiffel Tower, he wore an outfit made of recycled denim with a miniature version of the landmark on his head, accessorized with long, red Chinese tassels. He called the piece "Paris cowboy."
Outside the Louvre, in a creation called "The Northeast Flower," he modeled an old quilt cover that had been transformed into a Western-style ballgown with a makeshift pagoda-style crown. Wan said he chose the Louvre as a location to emphasize the cultural blend of his work -- the materials he used in that creation were Chinese but the design was distinctly European.
"It's a China-West collaboration. I really love Chinese culture and European culture, so I mixed them together to create something new," he said.

Some of his work has a more modern edge, as seen in "Crazy IKEA," a series of images taken in New York's Times Square, which show Wan dressed in a bright blue gown made of IKEA shopping bags.
The pastel-orange roller skates, ram's skull and tangled rope seen lying in his apartment will be used in his next project, a call for animal protection.

At home, Wan has encountered resistance to his avant-garde style.
Commentators on Chinese social media have criticized everything from the cut of this clothes to the shape of his legs. They ask why he dresses as a woman and lifts his legs so high when he walks. On the latter, Wan explains that movement is part of his performance.
"It is because I am imitating how animals walk. There are a lot of endangered animals in the world so when I walk on the road it is to express how animals walk, and I hope people can understand that," he said.
"When people don't get it I tell them that I'm not just a model walking a runway, but a person trying to spread the message of environmental protection."

"I want to reconstruct the scenes of those animals struggling before their deaths, caused by the ocean pollution," Wan said. Credit: Cheng Chong

The criticism has affected Wan in the past.
At one point, he postponed his work and threw out many of his earlier creations. But now he has decided it is important for him to carry on. "If even just one person is influenced by me, I should do it," he said.
"Criticism is OK, exaggeration is OK too. I just have to protect our environment. I just believe that everyone should work to protect our environment, don't you think?"

loi-nhap-the.com First Reading (Is 35:1-6a, 10)  A reading from the Book of the Prophet Isaiah The desert and the parched land ... 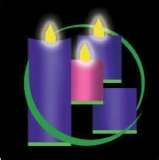