Seafood paella, Spain: One mouthful of a steamy bowl of paella and you'll be on a beach in Spain -- such is the power of this seafood extravaganza.
courtesy Phaidon.com

Stinky tofu, Southeast Asia: This form of fermented tofu has a strong odor and a delicious taste.
Courtesy Li Jin

Chicken parm, Australia: Australian pubs have made this Italian dish their own -- the combination of melted Parmesan and tomato on chicken fillet is irresistible.
Courtesy shirley binn/creative commons/flickr

Fish 'n' chips, UK: One of Britain's favorite dishes dates back to the 1860s -- crispy fried cod or haddock is paired with chunky chips. A Friday dinnertime special across the UK.
LEON NEAL/AFP/AFP/Getty Images

Pho, Vietnam: Sometimes simplicity is key -- and pho is living proof of that mantra. Broth is mixed with rice noodles, herbs and usually chicken or beef and served up in a tasty bowl.
Courtesy Pexels

Poke, US: This Hawaiian raw fish salad has crossed the globe -- making a name for itself as a delicious and healthy dish.
Courtesy takaokun/creative commons/flickr

Croissant, France: Channel your inner Parisian with a mouthful of buttery croissant, best accompanied by a steaming cup of hot coffee.
Courtesy Pexels

Kebab, Turkey: Meat or seafood mixed with vegetables on a skewer -- what could be better?
Courtesy Pexels

Lechón, Philippines: A Filipino national dish, lechón is a whole young pig slow-roasted over charcoal for several hours. The process makes for tender meat and crispy skin. It's prepared on special occasions throughout the year.
Courtesy Lemuel Cantos/Creative Commons/Flickr

Hummus, Middle East: This humble Middle Eastern spread, made with chickpeas, garlic, lemon juice and tahini has become a fridge staple all around the world.
joseph eid/getty images/CNN

Pierogi, Poland: Pierogi are Polish dumplings that can be filled with everything from potato to sauerkraut to meat to cheese and to fruit, and often topped with melted butter, sour cream or fried onions.
Quinn Dombrowski

Hamburger, Germany: This juicy amalgamation of meaty flavors is a classic for a reason -- from the fast food edition to the ever-growing number of gourmet burger joints.
Courtesy Pexels

Peking duck, China: The key to this slow-roasted duck is its maltose-syrup glaze coating -- succulent and scrumptious.
GREG BAKER/AFP/AFP/Getty Images

Sushi, Japan: This Japanese culinary delight has migrated across the world, becoming a staple of fast food dining.
Courtesy Pexels

Chocolate, Mexico: For anyone with a sweet tooth chocolate is the ultimate treat -- a creamy confection once drunk by the Mayans and still popular today.
Courtesy Pexels 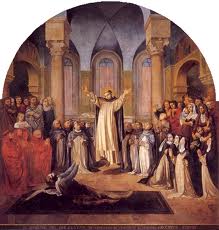